Please circle the letters that precede the most appropriate answer to the question asked.  Be aware, there is only one answer to each question.

1.   The ABO blood groups in humans are determined by a multiple allelic system in which IA and IB are codominant with each other and are both dominant over iO.  If an infant (whose blood type is O is born to a type O mother, possible genotypes for the father are……(careful)?

2.  As you know, in Labrador retrievers, the allele for  a black coloured coat (B) is dominant to the allele for brown fur coat colour (b). However, if a lab has two copies of the "recessive allele" for a "pigment-depositing gene" (e), it can only have yellow coloured fur. In a cross of two doubly heterozygous black labs (BbEe x BbEe), what fraction of the next generation would one expect to have yellow fur?

3.  If two genes experience independent assortment, which assumption is most likely true?

B.             The two genes are located in very close proximity to each other on the same chromosome

C.             The two genes are located on different chromosomes or are far from each other on the same chromosome

4.   Chiasmata are most clearly present in:

5.  In the simplified version of atomic structure -used in the lectures..

How many electrons does the element Argon (one of the “inert, Noble” gases) have in its outermost

6.   Similarly, how many electrons does a chloride ion have in its outermost electron shell?

B   Two members of a gene pair segregate from each other into the gametes, whereby one half of the gametes carries one of the traits, the other half carries the other

C   The union of one gamete from each parent to form a resultant zygote is random with respect to that particular characteristic.

D   When fertilization occurs, the zygote gets one half of its chromosomal set from each parent, thus restoring the pair.

D.            I cannot tell, because I don’t know whether sodium chloride is formed between ionic or covalent bonds

9.   Which one of the following statements is true.

B.       If a compound increases the OH+ ion concentration when added to water, then the compound is said to be acidic

D.     pH is a measure of hydrogen ion (H+) or more correctly hydroxonium ion (H30+) concentration in a solution

E.     The pH value is defined as the positive logarithm of hydrogen concentration in moles per liter (molar concentration).

H.      the presence of both male and female structures exhibited by the same individual

I.       the presence of only male or female structures exhibited by the same individual organism

J.       the number of membranes present in a Gram positive bacterium

11.   In a suburb of East London (England) called Lower-East Hempstead, an allele at a unique locus on the Y chromosome of the men in this community gives rise to a phenomenon called “blurred-vision”.   Assuming that this is a closed community, which one of the following answers would best describe the F1 generational offspring of a “blurred-visioned” male and a phenotypically normally visioned female.

A       All offspring will have blurred-vision

B       Half the offspring will have blurred-vision

C       All the male offspring would die

D       Only half the female offspring would have blurred-vision

E       All offspring will have normal vision

In the next several questions each question is worth 3 pts.

Please circle your evaluation of the statement given.  If you believe the statement to be “False” then explain why you think so in the space provided.

13.   With respect to proteins the term “Tertiary structure” refers to the 3D orientation of protein subunits in

a complex protein, resulting in the final structure of a protein, like haemoglobin.

14.   During Mitosis microtubular spindle fibres attach to the chromosomes through “kinetochores”.

15.       Macromolecules can be considered to be a molecule, whose molecular weight is greater than or equal to 1,000 Daltons

16.     The “Golgi apparatus” is an organelle in eukaryotes that modifies newly synthesized lipids for “export”  and passage around the cell

(a) (2pts) Give an example of a disaccharide.

(c) (6pts) Define TWO major differences and ONE similarity between proteins and carbohydrates. 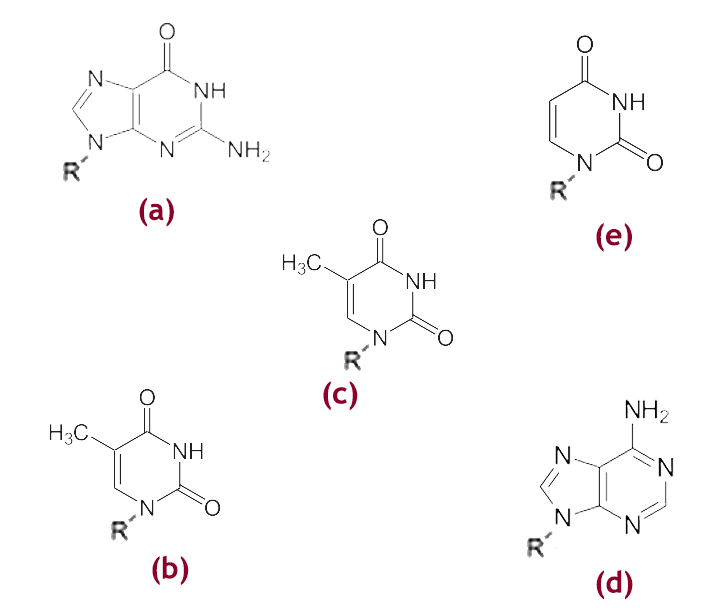 (b) (7 pts.)  Define what is meant by the term “sex-linked” inheritance, giving an example.

from that of a typical Mendelian trait. 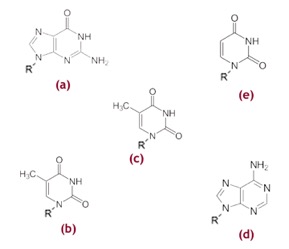 (b)  (5 pts) What molecular interactions between what kind of entities give rise to curly hair –naturally,

or induced by a visit to the hairdresser.

To what does the term “Cytoplasmic inheritance” refer?  In your answer, please give an example.

___Only female gamete will carry the “extranuclear” DNA_____

Why is water such an excellent solvent?

assume that the population is in Hardy-Weinberg equilibrium

Calculate the fraction or percentage of heterozygous individuals in the population

Show your working out.

Give one example, which was given in lecture where the Hardy Weinberg principle might actually be useful in proving something, one way or the other?  Quickly explain your answer

_Effectively, it is a “null hypothesis” for ANY analysis, eg. chromium plant in in Hinkley Ca.